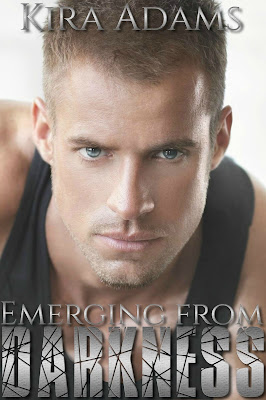 I never thought it would all end this way.

“On your knees!” A dark-haired Degenerate screams at Ike as he forcefully throws him to the ground. Ike and his partner have also had the misfortune of having their hands tied behind their backs.

We are screwed. This is all my fault. I led them here, and now, we are all going to pay the price for it.
I look to my right, where Ike and an unfamiliar teenager are on their knees next to me. There are three Degenerates standing before us, one equipped with a rifle, and the other two with knives. The Degenerate holding the rifle looks no older than twenty one. He has shaggy brown hair and green eyes. There is a scar across his eyebrow and I wonder how he acquired it. I’m curious how long he’s been a Degenerate; how many people he has killed.

He is pointing the rifle into the face of the blond teenager who is breathing heavily and teary-eyed. I lock eyes with Ike, and it’s enough to realize that this isn’t the end for us. It can’t be. We’ve come too far to die now.

Without being too obvious, I lean back. Enough to touch my hands to the ground. I am touching the dirt with my fingers, trying to find anything I can use to cut my ties. I find what feels like a sharp, jagged rock and begin carefully running my binds across it. The other Degenerates are too focused on their leader with the gun to notice what I am up to. I have to take advantage of this.

The young Degenerate shoves his rifle into the face of the blond teenager making him quiver with fear. He is begging, pleading for his life. He is telling them he will do whatever they want if they just let him live, and they are laughing like the sadistic bastards they are.

“Did you just fucking piss yourself?” The one with the rifle asks, glancing back at his minions. They begin cackling in unison. I watch as he takes the rifle and points it right at the crotch of the teenager’s pants. “Holy fucking shit, he pissed himself.”

It’s almost too much for me to watch. I turn my focus back on freeing myself from the restraints.

“You don’t have to do this,” Ike says calmly, turning the attention on himself.

“Oh no?” the Degenerate asks in a condescending tone. “And what…you just expect us to let you go? To let you live? Hell no, you’d kill us the first chance you got.”

Ike shakes his head. “None of this has to end in bloodshed. We have a good thing going here. You guys could join us. We are going to begin rebuilding.”

The Degenerate laughs, looking back at the others behind him. “And what? We’d all live happily ever after and sing Kumbaya? Yeah, right.” He snorts and then turns the gun back on the blond. “No, we have orders and we intend to follow them through.”

Everything happens in slow motion then. My hearing intensifies as I hear him pull the trigger, and the bullet dislodge from the gun. I still have no idea who this teenager is, but the idea that he is going to die for being in association with us, eats me up inside. The bullet meets his flesh, and his body falls roughly to the ground. 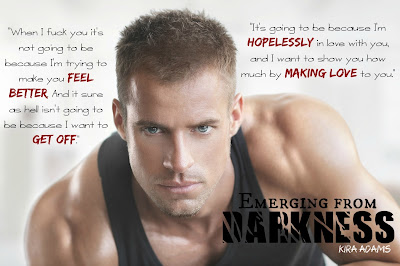