The Sky is the Limit

I know, I know--I am terrible. I have been MIA and I apologize. So much has been going on it's been hard to keep track. I don't even know where to start, so I am going to apologize right off the bat if this becomes a jumbled mess of my thoughts.

First things first-Pieces of Me officially releases on August 25th, and so far, it has already garnered 7 reviews! I don't know if I will be able to squeeze out any more before Monday, but 7 in 11 days is pretty much amazing. For the majority, they are 4 & 5 star reviews and I couldn't be more excited that people are relating to Peyton and enjoying seeing her journey play out.

I just received the first paperback copies of Pieces of Me and they are so unbelievably beautiful, you have no freaking clue. Check out this awesome picture of me with the first ever paperback! I am so excited to share my lyrics with the world, you have no idea! 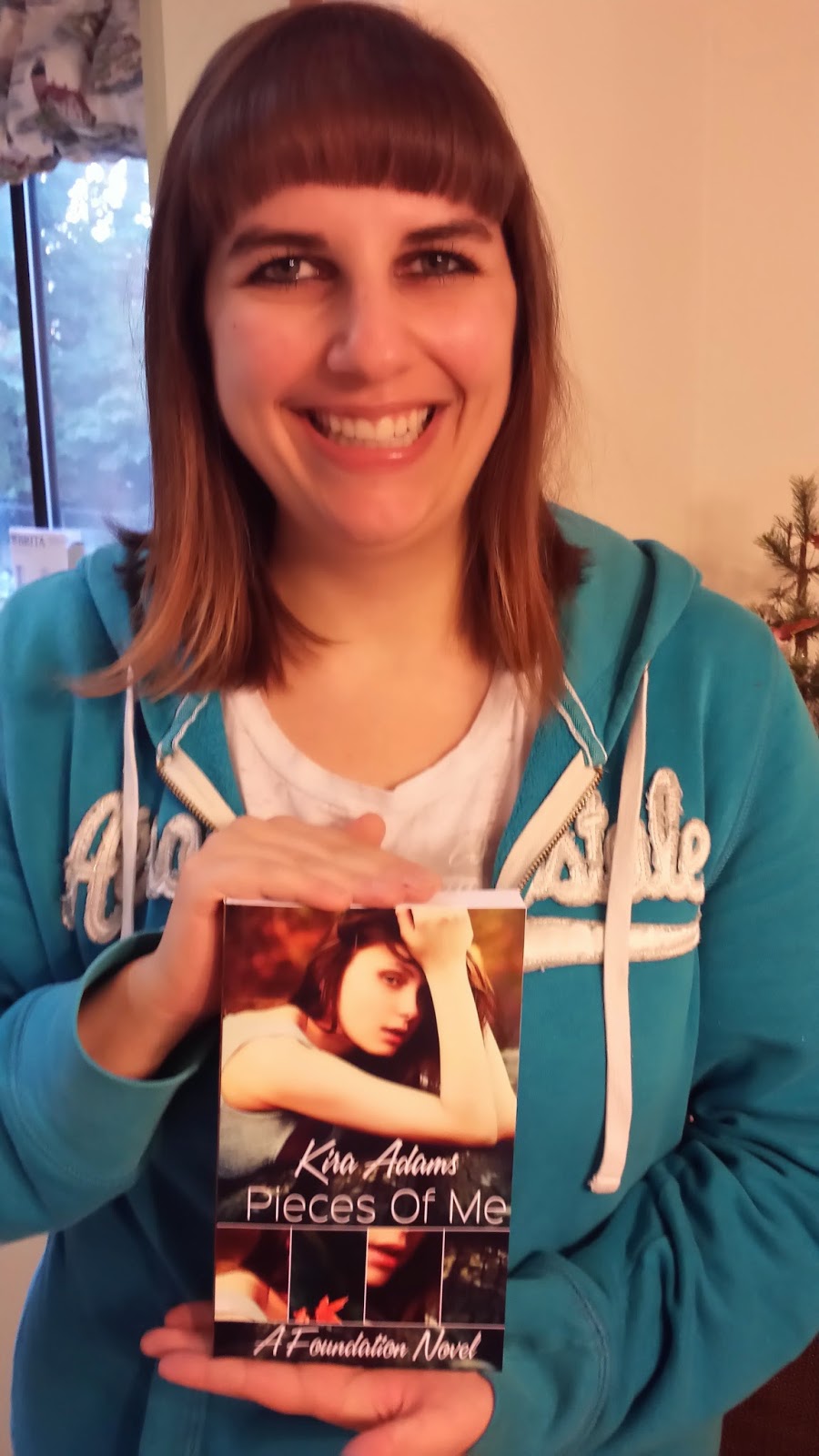 There are a couple of things I did want to address regarding Pieces of Me, because out of all of my novels, it is the one that brings out the most passion from it's readers-love it or hate it, they are passionate about the topics inside.

Pieces of Me is realistic fiction. I included real personalities of people that are very near and dear to my heart, some character descriptions as far as looks were pretty spot on, real conversations and situations also made it into the book. Peyton was loosely based off the person I used to be. Her personality, spunk, and charisma are all me; real things I have said or done. I have always been a bigger girl my entire life, hitting 215 lbs at my heaviest, a size sixteen. I developed a stomach infection and did not have insurance. During the first two months, sixty pounds melted off me. I am around 150 lbs right now and have been here since. Because it happened so quickly, I ended up with a lot of extra skin. Hence why Peyton struggles with it in the story. The girl I chose to portray her on the front of the novel is obviously not the 215 lb Peyton, but the secondary girl-the one she grows into.

When I was a bigger girl I had confidence like no one's business. Confidence is sexy. I was able to date a lot of guys--and guess what, a lot of them were HOT. Now that I am a size 9, I have less confidence than ever. I fear that I am suffering from a slight case of Body Dysmorphic Disorder. People compliment me everyday by telling me how great I look, but I just don't see it. I have rolls of extra skin, a double chin, and more insecurities than I've ever had. What I'm trying to say is that even though Peyton is portrayed as a bigger girl, doesn't mean people won't be attracted to her. For the most part, people are finding the ability to relate very easy which I appreciate.

I finished my first draft of the Fighter. It is currently around 40k words, but I have a feeling after sending it through a few rounds of beta readers it will balloon out closer to 50k like Pieces of Me. I am so happy with the product I have created, but I have never been more nervous in my entire life to share a story. In all of my stories I attempt to focus on certain themes. My Infinite Love series focuses on addiction, abuse, suicide, self-harm, disorders, cheating, grief, love triangles, etc. In my Foundation series I focus on suicide, addictions, depression, love triangles, insecurities, abuse, ptsd, attempted rape, homicide, and even a school shooting. Unfortunately, all of these themes are extremely REAL and gritty. None of it is flowers and rainbows. Life is not pretty and I wanted to show that. I know there are going to be mixed reviews regarding Jace's story. But I genuinely want to hear it all. I am hoping more than anything people will be able to relate to his story just as strongly as they did with Peyton's. So far the first draft is up on Wattpad and nearing 10k reads already, so I think I did something right.

In other news, I was recently asked to be a part of my friend Kristen's Birthday Bash which included guest posts from a handful of her favorite indie authors. Kristen runs Pretty Little Pages which does an awesome post called Pretty Little Indies once a week. I was so excited when she asked me, I couldn't say no! Check out my fun guest post here on the ten things I've learned since I began writing, and then, if you haven't already, enter to win a handful of prizes from eBooks to signed paperbacks and even an Amazon gift card. There is less than 13 hours left to enter. Check out all the fun here.

Tiffany from Curling Up with a Good Book was gracious enough to do a review for Pieces of Me. Check out her 3.5 star review here!

Whitney from Shooting Stars Reviews was also kind enough to review Beautifully Broken for me. Check out her 3 star review here.

My Book Chatter was sweet enough to do a spotlight post on Beautifully Broken. Check out the fun post here.

Brandi Breathes Books did an amusing interview with me regarding Pieces of Me and is also holding a giveaway for a $10 Amazon gift card along with a copy of Pieces of Me. You have 28 days left--check out the exciting post here and enter to for a chance to win!

Lastly, I am taking part in a week long Release Day Blitz for Pieces of Me beginning on August 25th. It is being hosted by YA Bound Book Tours. There will also be a giveaway for a $10 Amazon gift card, check it all out here.

If you are a book blogger and would like an ecopy of Pieces of Me in exchange for an honest review on Amazon and Goodreads, please don't hesitate to email me.

Alright! I think that about covers it. Now that I've linked the heck out of this post-I hope you enjoy!

Don't forget, if you're not doing something you love--you're not really living.
Posted by Krista at 8:56 PM No comments:

I have some exciting news! This week I am taking part in my good friend Kristen's Indie Author Birthday Bash Kick-Off! Wow, that was a mouthful! It will be a fun-filled week of guest posts, giveaways, and much more! 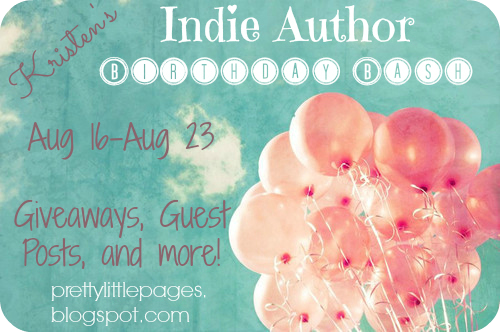 Hop over to Pretty Little Pages to take part in all the festivities and don't forget to check out my guest post on August 20th and enter to win a copy of both My Forever & Beautifully Broken!
Posted by Krista at 11:59 AM No comments: