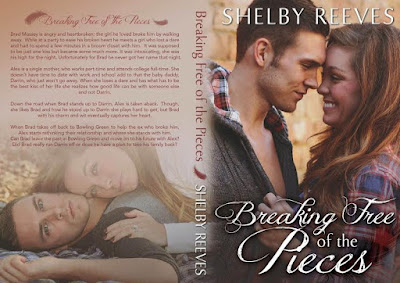 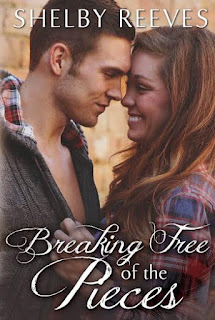 Brad Massey is angry and heartbroken; the girl he loved broke him by walking away. While at a party to ease his broken heart he meets a girl who lost a dare and had to spend a few minutes in a broom closet with him. It was supposed to be just one kiss but became some much more. It was intoxicating, she was his high for the night. Unfortunately for Brad he never got her name that night. Alex is a single mother, who works part-time and attends college full-time. She doesn’t have time to date with work and school add to that the baby daddy, Darrin, who just won't go away. When she loses a dare and has what has to be the best kiss of her life she realizes how good life can be with someone else and not Darrin. Down the road when Brad stands up to Darrin, Alex is taken aback. Though, she likes Brad and how he stood up to Darrin she plays hard to get, but Brad with his charm and wit eventually captures her heart. When Brad takes off back to Bowling Green to help the ex who broke him, Alex starts rethinking their relationship and where she stands with him. Can Brad leave the past in Bowling Green and move on to his future with Alex? Did Brad really run Darrin off or does he have a plan to take his family back? 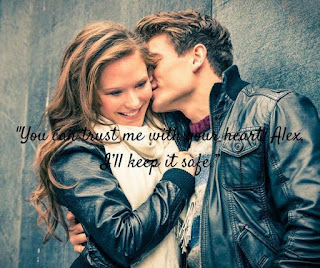 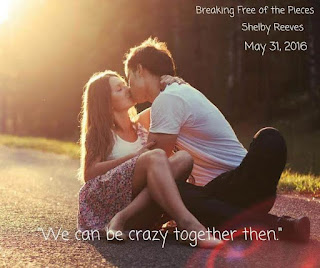 ~~ABOUT THE AUTHOR~~
Shelby lives in Sweet Home Alabama with her amazing husband and their energetic son. When she is not plotting out stories, penning chapters, or working as a Customer Service Manager at Walmart, you can find Shelby spending time with her family and friends, reading, and watching reruns of One Tree Hill. Shelby is obsessed with Harry Potter and Alabama Football. Roll Tide.
Shelby writes Young Adult and New Adult romance. Her characters go through tough times, get in fights, get their hearts broken, but in the end they will live happily ever after.

The Saved Series
Safe with  You 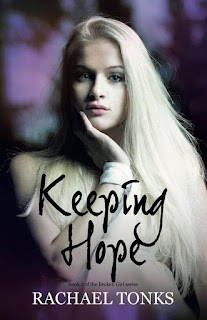 Bound.
Gagged.
Petrified.
Kennedy has been snatched from the safety she feels with Cole and is forced back into the hands of the devil himself.
Her Master.
A man who is determined to take back what he feels is rightfully his.
His child.
His chosen.
In the process of reclaiming Kennedy, he has every intention of making her suffer as punishment.
Can Cole find her?
Will she be saved before it’s too late?
Will lives be lost before they find their way back to each other?
When you have nothing left, all you can do is continue Keeping Hope.

Keeping Hope is the second and final installment of the Broken Girl series.

Rachael Tonks is a new to the scene author with a love of books, and a particular love of the romance genre. As a child Rachael could always be found with her head in a book, but it wasn’t until the beginning of 2015 when Rachael’s love of books really took over. Reading spurred on her desires to put pen to paper, and write down the story of the characters screaming for their story to be told. Starting out her career with a new adult romance novel, she is currently working on her second novel which she plans to release mid-2016. Rachael lives in the steely suburb of Sheffield, in the north of England with her husband, 3 beautiful children and her 2 crazy dogs. She loves nothing more reading with a good cup of tea and is self-proclaimed chocoholic! 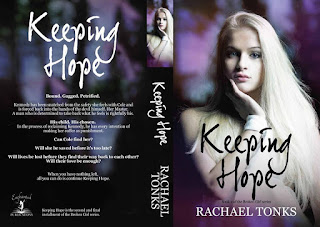 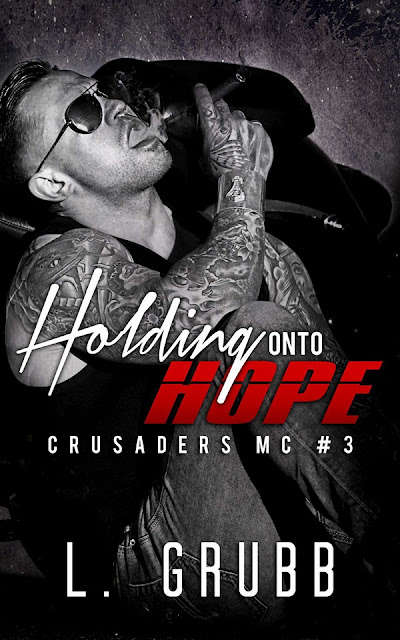 Synopsis
Hope
Daily life is like one big, massive chore. I work to pay the bills, I live in a crap little one story house with unstable beams and I have debt collectors on my back. Not cool right? My dad died a few months ago and he left a shit storm in his wake. I’m screwed and I’m alone.

Ghosts of my past haunt me daily. Life goes on by but I’m stuck in my head, stuck in the past. Dad created a sick version of hell and I’m about to live it. Will anyone save me? Am I on my own like I am in reality? I hope someone becomes my knight in shining armour. These men… They’re dangerous and I have no clue how to escape.

Mack
Loneliness is a constant feeling in my bones, weariness of runs with the club have me wanting to rip my hair out. I stay calm and collected for my brothers. I’m the Prez and I am not weak. But seeing everyone shacking up with woman, getting Old Ladies, it makes me want it too.

News of an abduction reaches us, the Devil Heads MC are making a move and they’re causing hell wherever they go. Do we jump the gun and take the fuckers down? Or do we sit back and wait for their next move? 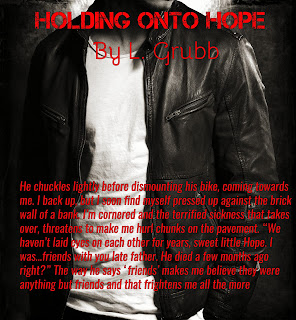 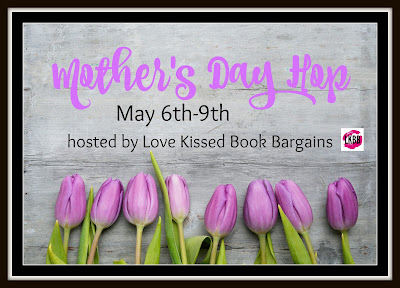 From Friday, May 6th at 12:30am EST until Monday, May 9th at 12pm EST, 133 authors and blogs have come together to offer prizes on every page PLUS the chance to win part of the grand prize through the giveaway below.

Don't miss out! Visit one, or all to participate. Easy entries.

www.facebook.com/KiraAdamsauthor
Posted by Krista at 6:22 AM 4 comments:

Yep, you heard that right. I’m turning the dirty thirty on the 7th, and I want to go big or go home. This works out in your favor. Never heard of me? Great! Never read my books, but recognize my name? Even better!

Starting tomorrow, May 6th through the 9th, ALL of my books will be FREE for the taking! Get them while you can, and don’t miss out on this amazing deal! That’s three separate series you can try out! There is something for everyone in there: young adult, new adult, zombie lovers, and even romantic suspense!

Looking Back A Year Ago...

Something happened on Facebook the other day that kind of bummed me out, and I've been trying not to let it get the best of me, but it's hard. So Facebook does this thing where it shows you posts  from back in the day of the exact day it is in the present. I hope that makes sense. It goes something like, 'This is what you were doing 1 year ago'. Anyways, normally those are pretty cool, sometimes they are lame, and sometimes they aren't that easy to see. Today was one of the latter.

It's almost been a year since I began publishing my books. I remember my royalties for the first month: $3.06. I sold 9 copies of my books. Last month I sold 637 total books, the month before I sold 510 total books.

I have sold just over 2400 books this past year. It's nothing huge by any means, but my books are selling.

I have published 8 books in 1 year. I will be releasing my 9th novel, A Date with the Devil on June 5th.

I'm still nowhere near where I want to be, but this shows that persistence pays off.

Pretty cool post, right? I'm still sticker-shocked that I was doing so well back then. Wondering why I would be upset about seeing something like this? Because I haven't been selling well for over 9 months. I went from selling 500 books in a month to 15-25 if I'm lucky. I went from having people read 2000+ kindle unlimited pages of mine in a day to anywhere from 0-500 most days. I wish I could say I don't know what happened...but deep down I do.

I started back up at a full-time job in March of 2015, and it took away a lot of the time I used for marketing, writing, implementing edits, etc. I used to be so much more hands on with my brand, and I used to release a new book every 3 months...but I haven't been able to catch up. Throw in the fact that I have chronic gastritis, which is exhausting in of itself...I haven't been able to find my balance. I used to make it a point to promote myself on Facebook in groups every other night. I would make it a goal to post in at least 25-50. I never thought it made much of a difference, but maybe I was wrong.

My street team, my beta readers, my reviewers, hell, even my fans used to be so much more engaged, but now I rarely hear from them. I'm worried it's because I can't stay relevant. It's hard because I know all of my street team members still love me, I just can't figure out what I'm doing wrong there.

I would love to hear from some other indie authors who self-published, if they've ever had a dry spell like I am having? I went 17 days recently without 1 sale or 1 page read through KU. It was absolutely devastating.

Lately, I've been wondering if I'm not selling well because my books are available on every pirate site known to man. It's inevitable as an author, and as much as I'd love to send every single person my novel direct to their kindle, it's not always that easy, plus I don't like limiting my readers. In the end I think it's better to have the visibility. That doesn't mean I'm okay with all of the people stealing from me, but as JA Konrath has said over and over, it's better that they know about you than not.

My mom keeps saying this is just my downswing and it won't be long before I have my upswing. I'm not sure she's right, but that would be amazing if she were. I'm still working as hard as I can to get new material into the hands of my readers. I hope I find the recipe to my success soon.

(Don't ask me why my post is in 3 different colors. Blogger is just being a bitch. Excuse my language.)
Posted by Krista at 7:25 PM 3 comments: