We are happy to help reveal the cover for MAGGIE, a paranormal romance by Mya O'Malley, releasing on August 15th! Be sure to add it to your TBR! 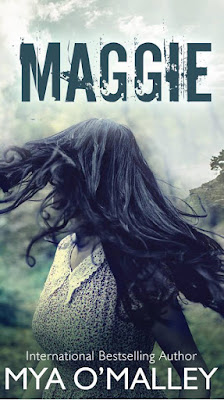 Have you ever wondered what it would be like to share your home with an unearthly spirit who can’t find closure? Living on the edge of a cemetery with souls dating back to the 1700s would be enough to spook anyone, but Naomi finds it oddly romantic, and becomes inspired to write her next novel. Why not, when her muse, Maggie, calls to her from beyond her own window? After all, the story couldn’t possibly be as complicated as Naomi’s own love life. Torn between Ryan, the mysterious and seemingly perfect man she just started dating, and Bryce, the sexy single dad who recently moved in next door, Naomi must navigate the tangled web of dating—all while trying to solve the mystery of Maggie’s death. When things turn dangerous, Naomi quickly learns whom she can trust and, more importantly, whom she can’t. Will she be able to write Maggie’s story and finally give Maggie the peace she deserves?

Mya O’Malley was born and raised in the suburbs of New York City, where she currently lives with her husband, daughter, and three step-daughters. The family also consists of a boxer, Destiny, and a ragdoll cat named Colby. Mya earned an undergraduate degree in special education and a graduate degree in reading and literacy. She works as a special education teacher and enjoys making a difference in the lives of her students. Mya’s passion is writing; she has been creating stories and poetry since she was a child. Mya spends her free time reading just about anything she can get her hands on. She is a romantic at heart and loves to craft stories with unforgettable characters. Mya likes to travel; she has visited several Caribbean Islands, Mexico, and Costa Rica. She is currently working on her ninth novel. 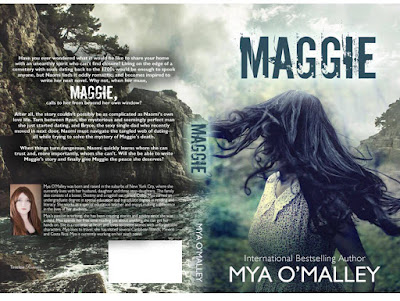 Posted by Krista at 7:09 AM No comments:

Cover Reveal: The Price We Pay by Alora Kate 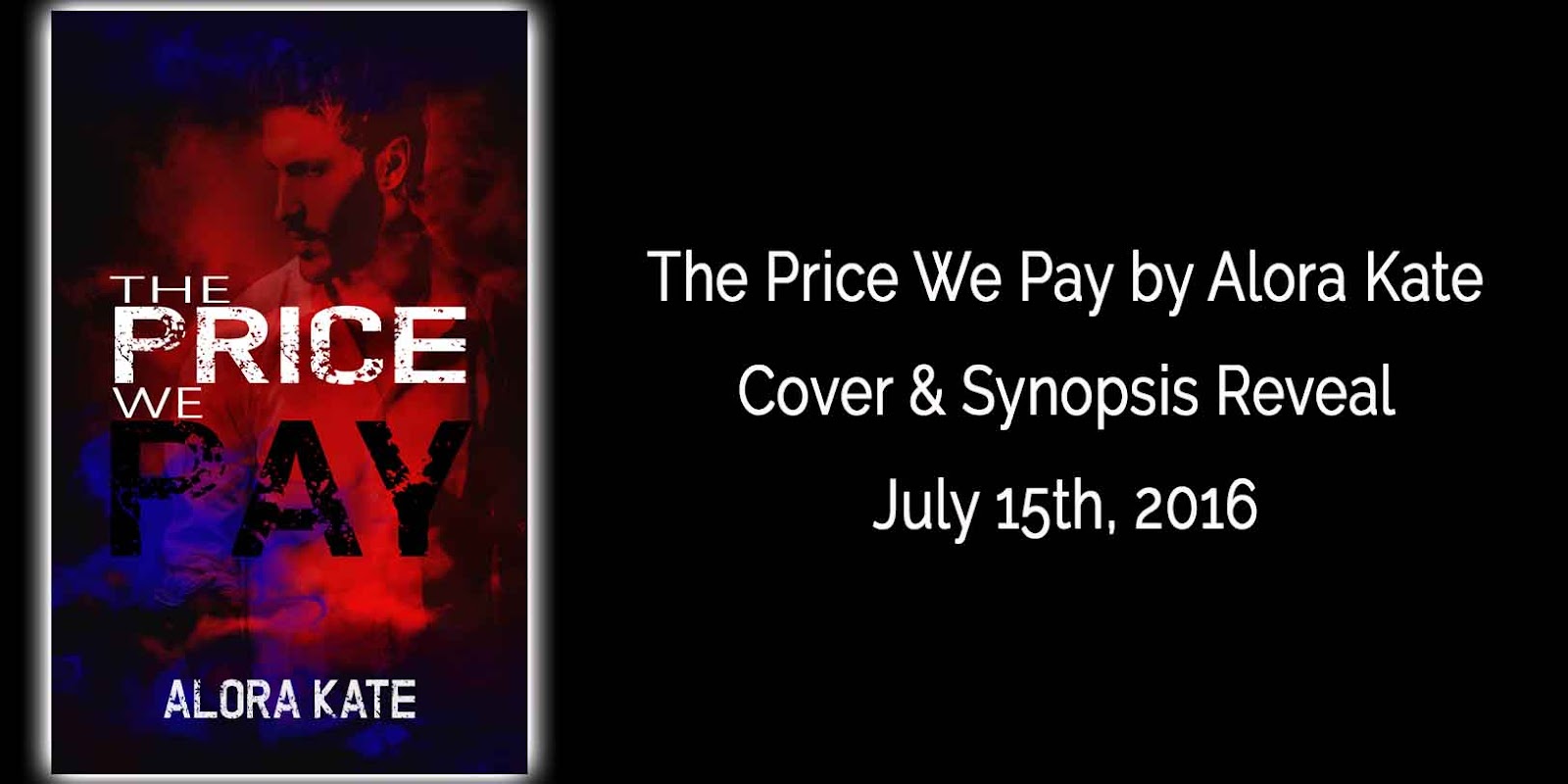 The Price We Pay
Cover and Synopsis Reveal


Synopsis:
Jaxon and Latch, two undercover agents, are determined to bring down an infamous MC club known for sex trafficking, drugs, and violence. When strangers are a potential threat, they find their safe house quickly filling up. Things get crowded when three women and a man occupy the same house with Jaxon and Latch, and when a woman from the house is kidnapped, all bets are off. The lives of thirteen people intertwine in ways none of them would ever imagine, and life will never return to what it once was.
Dangerous situations wait for everyone involved.
Who will live, and who will pay the ultimate price? 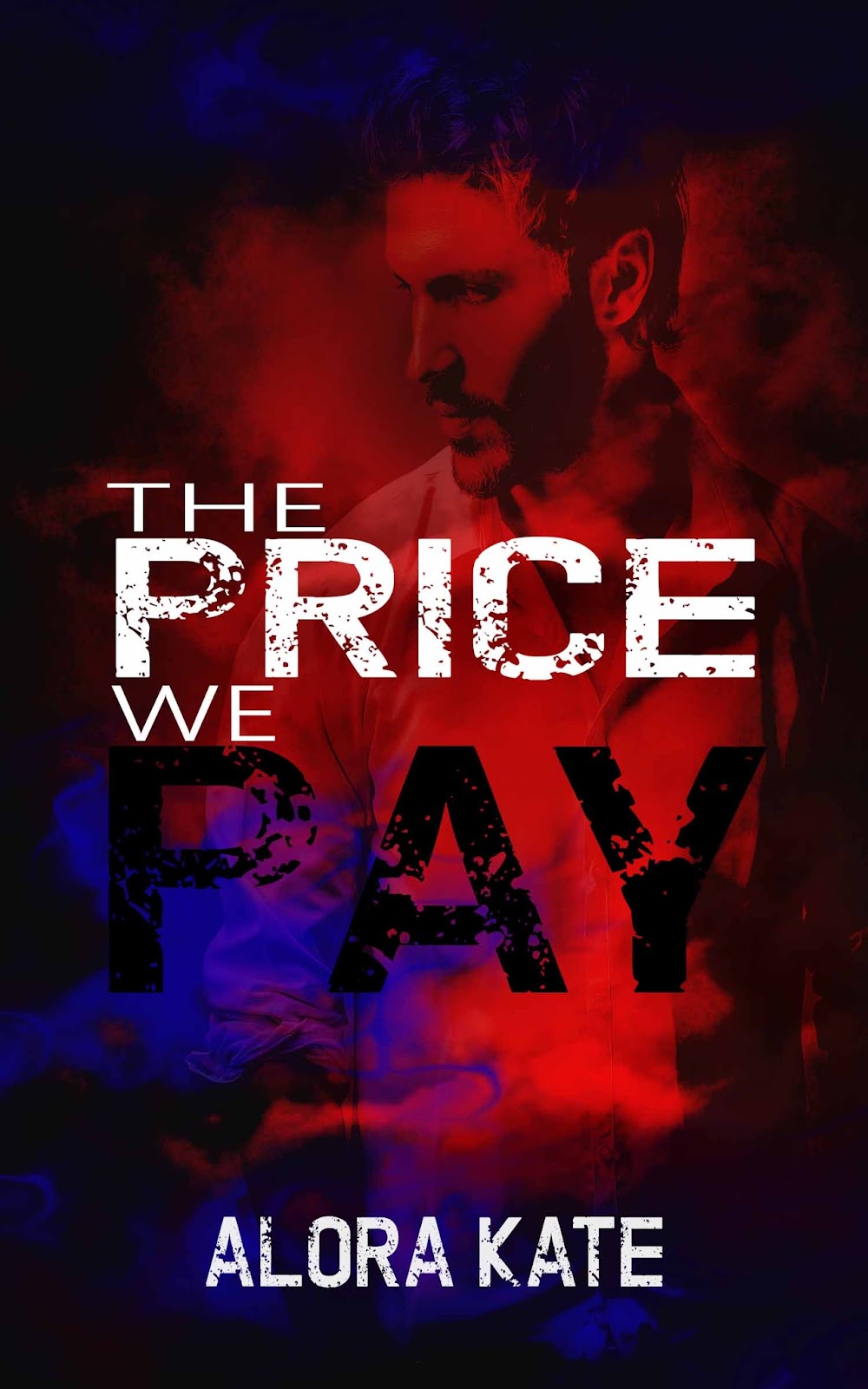 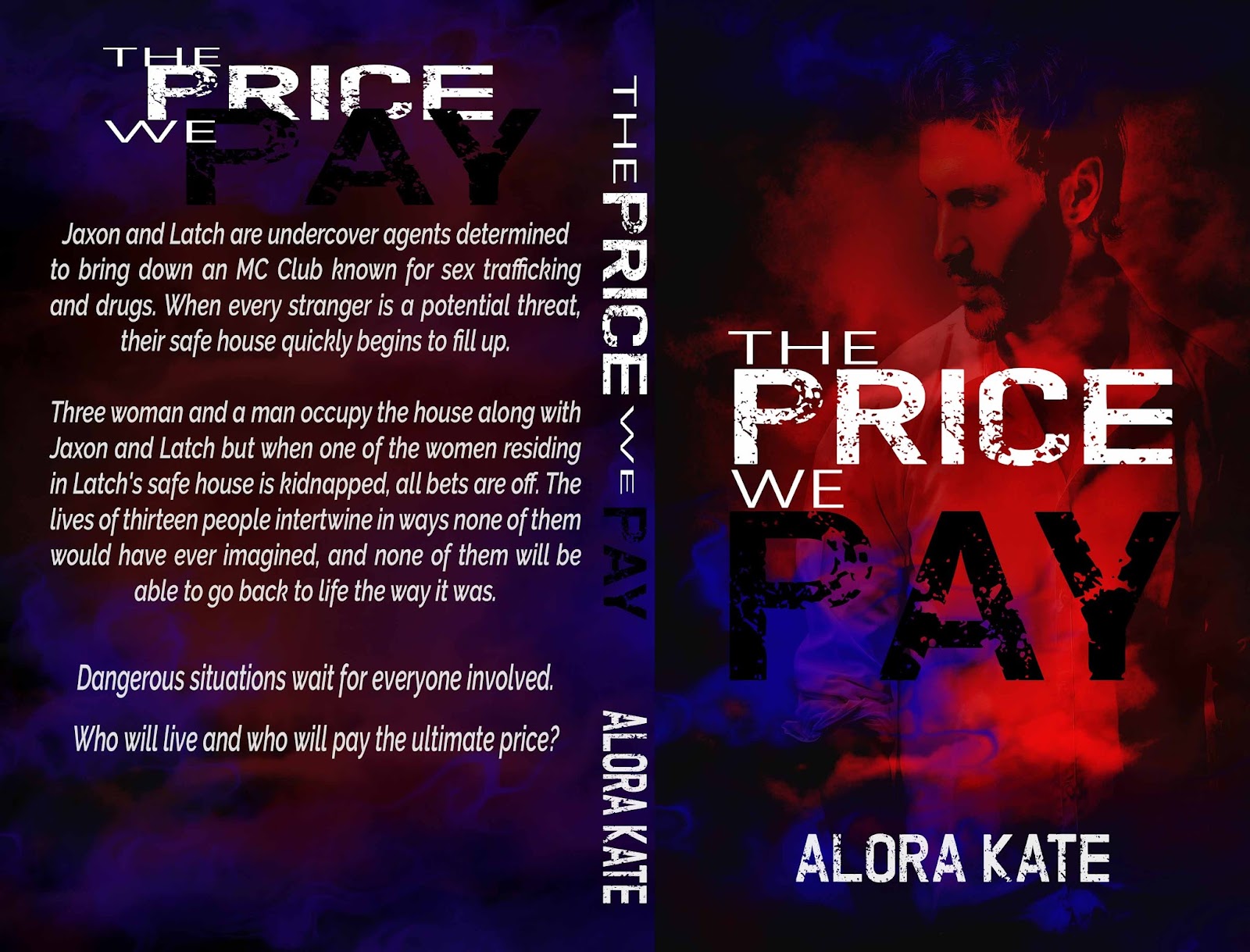 Sneak Peak:
“His name is Latch.” Sofia said. She was holding back the floor to ceiling beige curtains just enough to allow her to peer out the living room window at our neighbor.


“Well at least that’s what I heard the door man say when he walked in the building earlier. Took me long enough to figure that out. Who has a name like that? Latch. Latch.” She said a few times, testing his name out, rolling the sounds around in her mouth.


She was at it again. She was convinced that our neighbor was a drug dealer, a sex trafficker, a gun smuggler … you name it, and she thought it.


A boy named Marvey; now that could work. I bet he would be an accountant, and Marvey is the cutesy name his obnoxious girlfriend calls him when she needs some money. A girl named Marvey? Nope, it doesn’t work. I had to endure years and years of teasing from nasty ass kids, teachers always questioning me on the first day of school, and even people wondering if that was my real name.


I mean, who names their kid Marvey?


Oh that’s right, the woman who gave birth to me - gave me life - then waited until I was tucked away in the nursery to leave. Yes, just up and left! No note, no explanation, just up and left me, her daughter, in the hospital alone with no family.


But not before naming me Marvey!


Yes, this was still a sore subject for me.


“Probably not, but still.” Sofia twirled around from the window to face me, making her thick, long, chestnut brown hair fling around her shoulder. Her Mom was from Brazil, so you can guess what she looks like already. A tan that never fades, high cheek bones, flawless skin, eyes that match the color of her hair, perfectly shaped eye brows - only because she gets them waxed once a week – and full, heart shaped lips.


She shut her notebook and eyed me up and down.


She rolled her eyes at me and set the notebook on the table. She closed the distance between us, disappointment and disgust marring her perfect features.


I glanced down at myself – hot pink tank top and black capris, my standard outfit. Well the capris were more like sweatpants, but so damn comfortable. My black flip flops completed my look. Anyway, it’s not like I could ever afford the clothes Sofia wore.


I shrugged my shoulders. “It’s comfy.”


“Just because it was cheap doesn’t mean it’s old.” 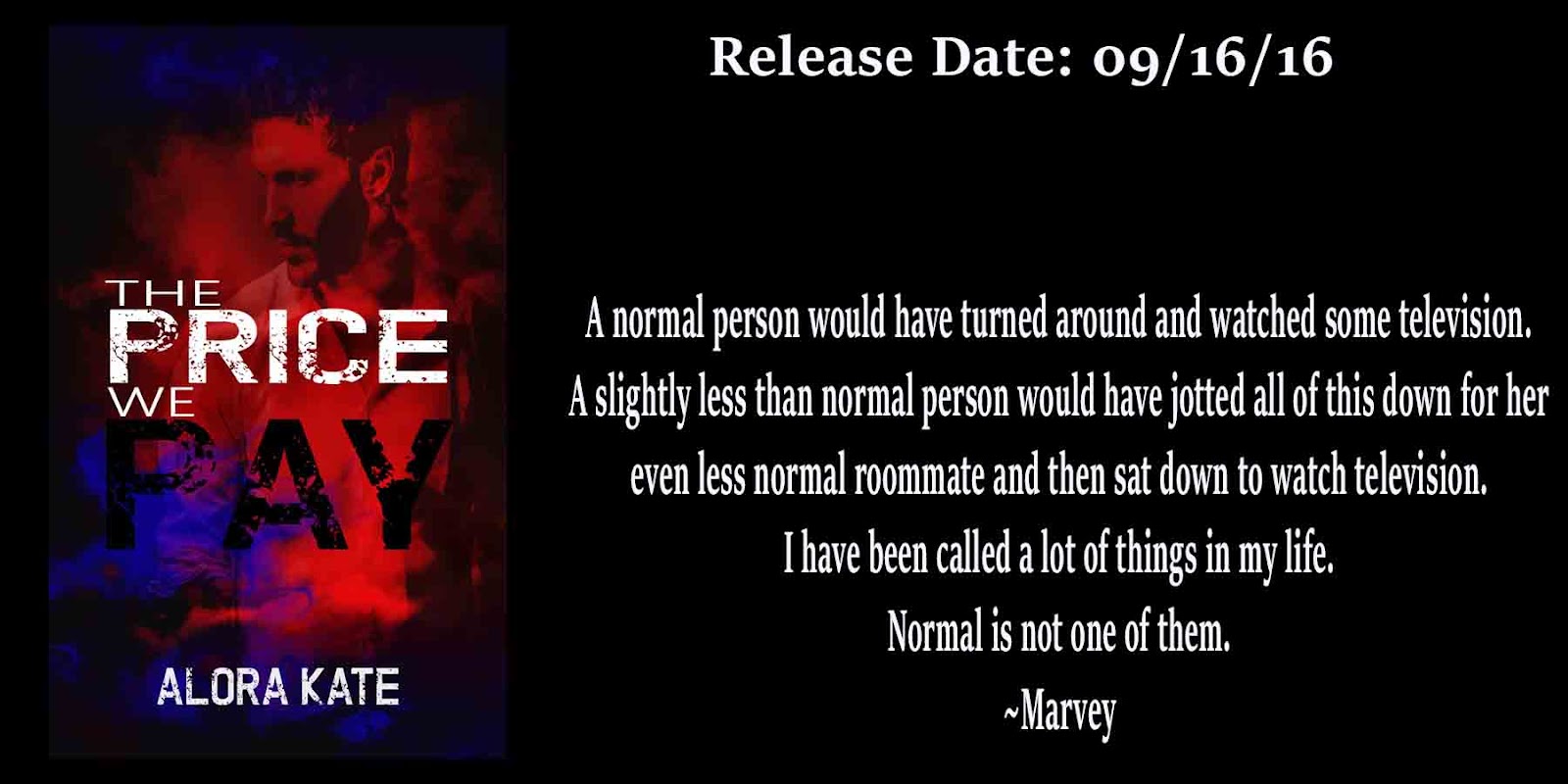 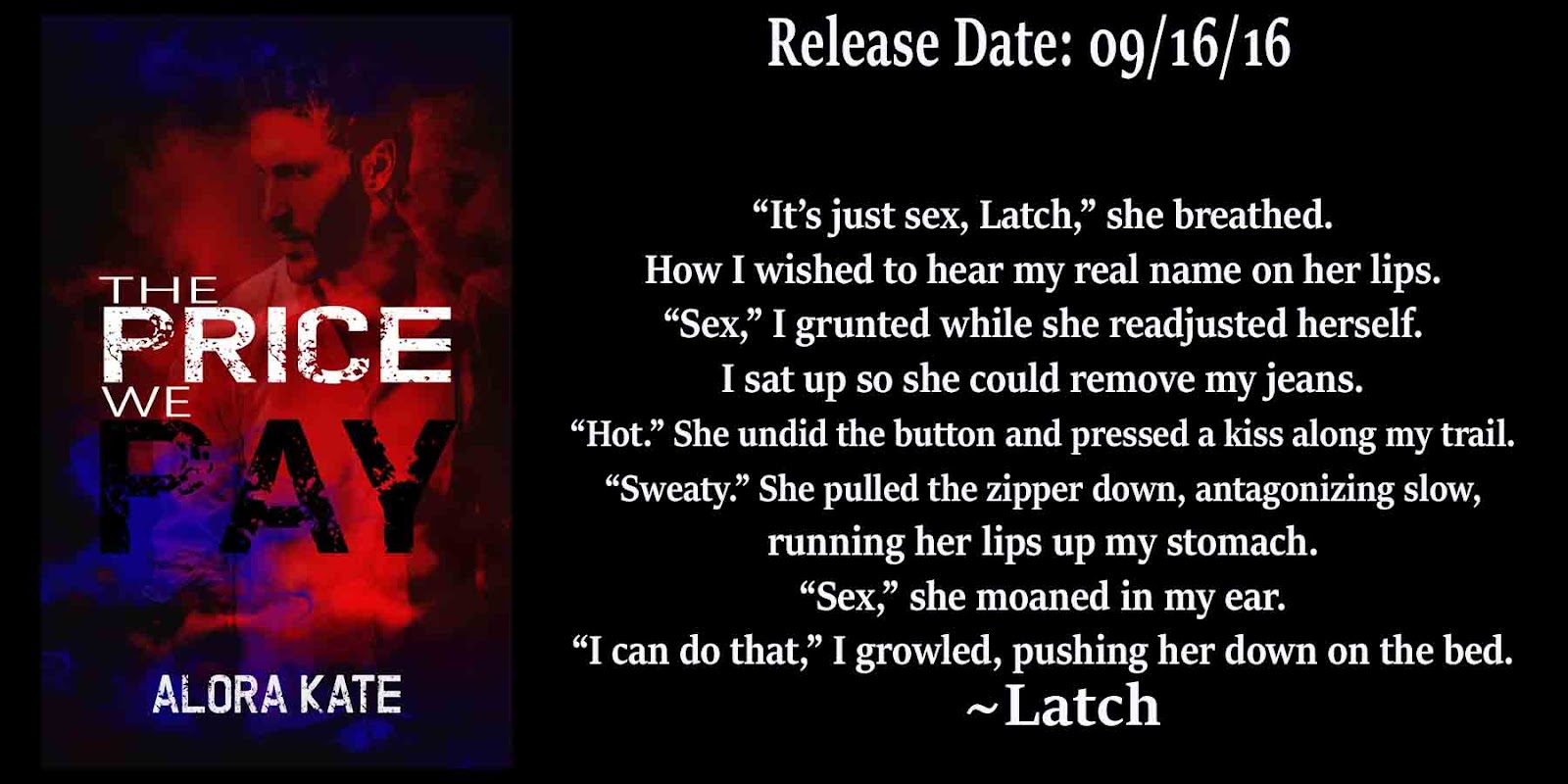 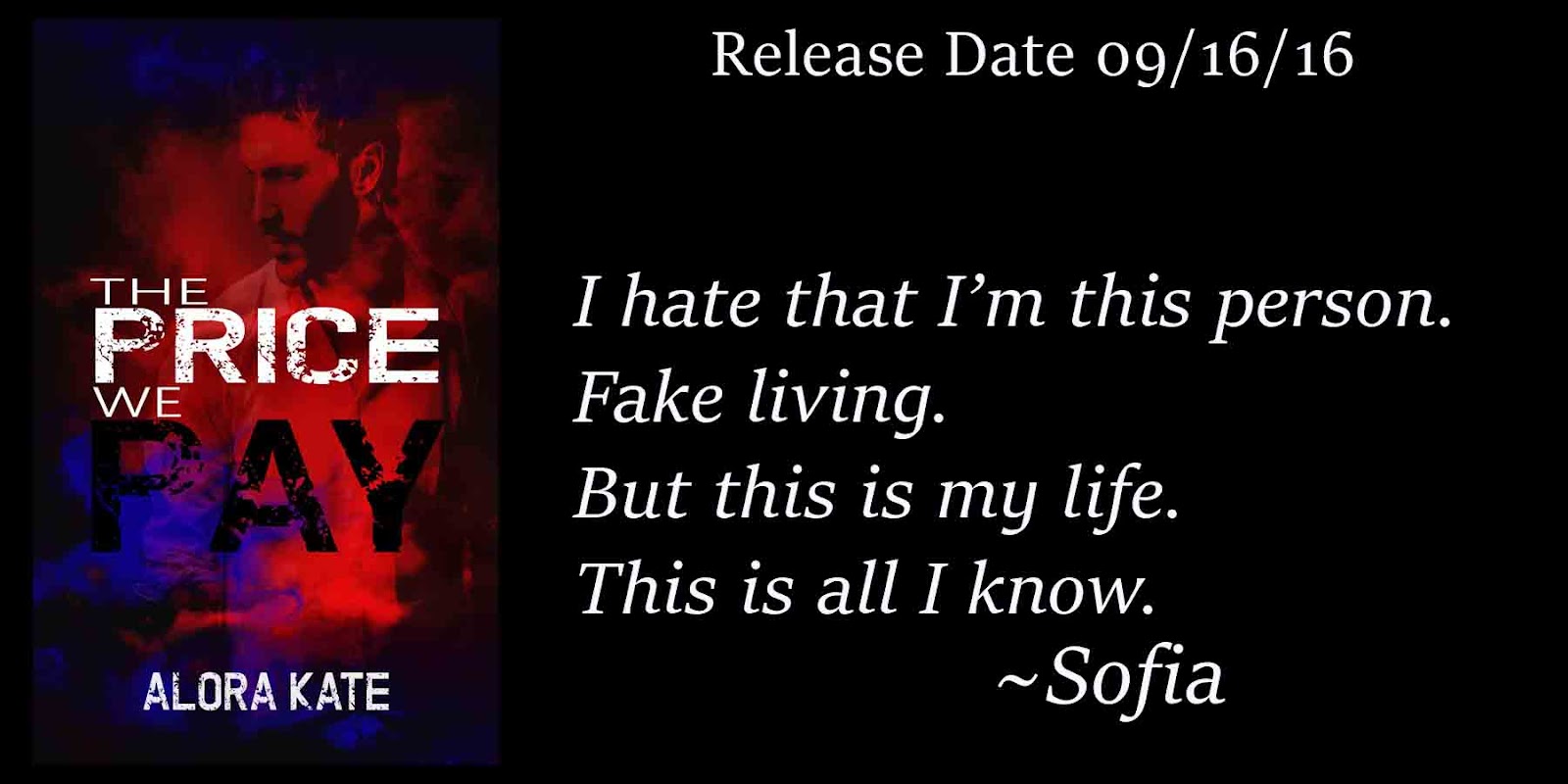 About The Author:
"I hear voices in my head and I love that it’s totally okay." - Alora Kate


There are many reasons why she chooses to use a Pen Name. She battled with the idea but in the end, it’s a dedication. Alora Kate is a dedication to someone special who left this world way too soon.


She doesn’t write to get rich, or famous. She does it because she loves it. If only ten people bought her book and loved it, then it was worth her time to write it. She loves to share her crazy world and characters with you.


She is a single mom of a very active 4yr old. He is her whole world, and life wasn’t complete until he came along. She is also a full-time college student studying photography and graphic design.


Brought to you by….